Jaythro believes in himself and takes on every challenge 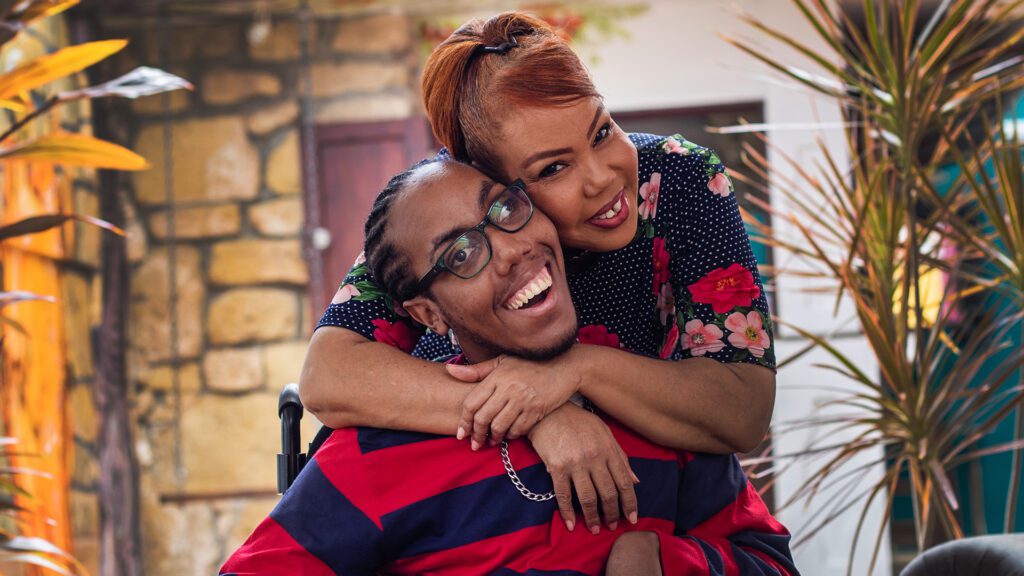 Milley Devers is the mother of the 22-year-old Jaythro Devers, client of the AP Center, and usually is at the center in Colon a couple of times a week. Jaythro was nine when he was hit by a car while riding his bike. His prospects were not promising. His chance of recovery was minimal. But Jaythro’s mother had faith that her son would recover. She prayed to God to keep her son alive.

The road to recovery was long and difficult. After being in a coma for five months, a lengthy rehabilitation trajectory ensued. During all that time, Milley never left his son’s side. She spoke, sang, red the bible and prayed to Jaythro the entire day while he was in a coma. She did a specific therapy by talking to him about the things he liked and tried to bring him back from his present situation to the future, out of his coma. ‘It was tough, I still had a family at home, but I kept pushing with God’s help and the support of my husband and my family. We know God can make miracles happen. We prayed a lot for one.’

Back home
Even though the physicians didn’t have much hope, Milley and Jaythro continued the battle. And with success. He slowly 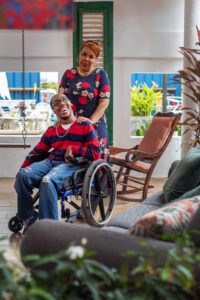 started improving with small steps. His prospects seemed to point towards a future in an institution, but that was out of the question for Milley. ‘I wanted Jaythro at home.’ And ultimately, that’s exactly what happened. Milley underwent a special training to help guide and stimulate him with his further rehabilitation. ‘He improved a little every day. When we had our next appointment at the rehabilitation center, they couldn’t believe their eyes.’

Guidance in school
Jaythro attended a special school for a while, but he didn’t feel at home there. ‘He wasn’t being challenged enough intellectually at the school and he decided he wanted to attend a regular school. Jaythro finally managed to get into a regular school. He attended classes there for four years. His mother had to be with him every day. ‘That was tough too, but worth it’, according to Milley.

Enthusiastic
Rehabilitation, speech therapy and ergotherapy became the common thread in the life of Jaythro and his mother. ‘But at a certain point that also comes to an end. And then – if you don’t want to give up – you must find your own way. At first, we continued working with a therapist we had to pay ourselves. But soon thereafter Jaythro found a video about the AP Center which got him extremely excited. ‘That’s where I want to go’, he said. No sooner said than done.

Noticeable improvement
Jaythro started an activity-based group trajectory. After it was concluded six months later, he continued training at the AP Center three times per week. Besides the fact that Jaythro considers it a sport – and therefore, leisure – it has done him physically well. His breathing is more relaxed, and he can use his arm better. ‘The accident affected a section of Jaythro’s brain, and as a result he can’t always control his muscles. His training at the AP Center is helping physically as well as mentally. The results are good.’

Being a mother, what does the AP Center means to you?
‘I was very attentive during all those years. Arranging everything, in all aspects, as Jaythro needed. Either, at the hospital, during rehabilitation and in school. It took some time in getting comfortable to leave him alone at the beginning. It was difficult to leave my son in the hands of the trainers at the AP Center, without knowing what was going on . But after a while, I stopped worrying. I am more relaxed, and I can now enjoy the time for myself while Jaythro trains and enjoys himself.