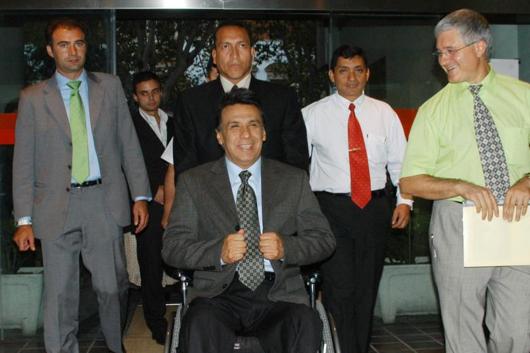 Lenin Moreno Garcés, a paraplegic who served as vice president of Ecuador from 2007 to 2013, may become his nation’s next president. Moreno has been selected by the nation’s ruling party, Alianza Pais, as its next leader following the announcement that Ecuador’s current president, Rafael Correa, will not seek a third term in 2017.