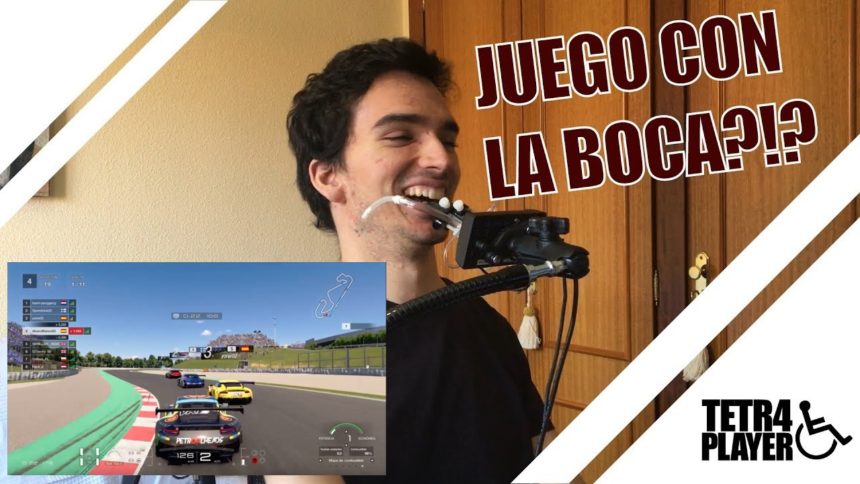 Injured in a motorcycle accident, Alvaro Blanco is now able to play video games with something called a Quadstick.

After a motorcycle accident injured his spinal cord, Alvaro Blanco was no longer able to use his hands and feet to control his favorite racing game — but that wasn’t about to stop him from playing. Now, Alvaro uses a special controller known as a Quadstick to play GT Sport using only his mouth.

He started a YouTube channel called TETR4 PLAYER and has gained a following over the past few months. His impressive efforts resulted in a trip to the GT Championship EMEA Regional Finals in Madrid where he had the chance to meet series creator Kazunori Yamauchi.

As a result, Polyphony Digital published a video about Alvaro and his story on Facebook:

Although Alvaro did not qualify for the Regional Finals this year, he could certainly do so in the future, and that’s part of what is so exciting about the growth of racing esports.

To see more of Alvaro playing GT Sport, check out a few of these videos from his YouTube channel. Keep it up, Alvaro — we hope to see you competing in the World Finals next year!