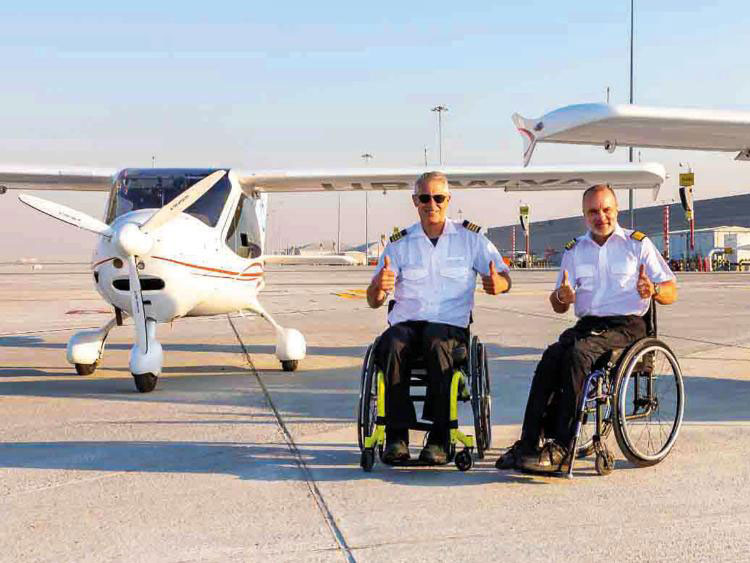 Dubai: Two paraplegic pilots on wheelchairs have created history in UAE airspace by landing in Dubai World Central as part of a global Handi-flight mission to raise awareness about disability.

Speaking to Gulf News, which was given exclusive access to the airside to witness the touchdown, the pilots — Mike Lomberg and Guillaume Feral — said Dubai was their sixth stopover in a 40-country tour covering 80,000 kilometres to raise funds for Humanity & Inclusion, an international NGO that is out to combat prejudice and exclusion. 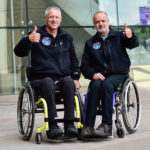 The pilots, who manned two separate aeroplanes, were followed by a two-member back-up team in a third plane when they arrived from Al Ahsa in Saudi Arabia at 3.55pm on Tuesday.

“There’s nothing special about flying with disability,” said a matter-of-fact Feral, who lost the use of his lower limbs following a spinal cord injury he suffered during a plane crash in 1985.

“The only difference,” the French pilot noted, “is to replace the movement of the feet with that of the hands. We use a special hand control device, but everything else remains the same — like any other pilot, we must fly with concentration, awareness of regulations and precise navigation.”

40 countries will be covered by the two pilots. UAE was their sixth stopover.

South African Lomberg, a former military engineering pilot who became a paraplegic after a motor vehicle crash in 1990, said he resumed flying in 2012 after a friend coaxed him into it. “It wasn’t a big deal, because I knew flying. With time, I just became instinctive in using the hand controls.”

He said the German flat design CTLS light sport planes that he and Feral fly weigh a maximum of 600 kilograms and are powered by a 100HP engine. “The planes are small and light weight and thus, more easily affected by weather. So we need to factor that when we are flying. They have two seats — the pilot sits in one and uses the second to keep a lifeboat and other safety equipment.”